A guest post from high school senior Anna Bachiochi, a member of the Montrose School class of 2020.

In this endlessly-complex world, can you really be a good person?

For example, we often hear about how making informed and ethical purchases is essential to being a good person. Ethical, sustainable, and cruelty-free brands market themselves as being the humane and moral alternative to the world of fast fashion and illegal practices behind closed doors.

This narrative, however, is not the whole story.

Many of these sustainable, vegan brands are owned by the same larger corporation as the brand that uses sweatshops or animal testing. These large corporations know that there is a subset of America who will pay extra to know that they can buy a product in good conscience, but the money the consumer pays for this ethical product goes right back to support the people who sell the unethical version of the product as well.

Even if you can find a small, ethical brand, the CEO of that company will likely support or give money to something with which you disagree. In the end, you will always be providing business to support some immoral practice or some corrupted CEO.

So what does it mean to be a good person in such a complex world?

NBC’s The Good Place tries to answer this very question. The show starts out by exploring the stories of four not-so-good people who realize that they have been accidentally placed in Heaven (or “The Good Place”), but by the third season, it is revealed to the characters that no one has actually gotten into the Good Place in more than five hundred years. Why? “Because every day, the world gets a little more complicated. And every day, being a good person gets a little bit harder,” says Hank Green, whose video on the topic inspired me to write this article.

Basically, in the world of The Good Place, every action a human does receives a net positive or net negative number of points based on the action’s effect on the world. At the end of a human’s life, the total number of points are added up together to create a human’s total score. If that score meets a certain threshold, the human is deemed a good person and spends eternity in the Good Place. If not, they are tortured forever in the Bad Place.

Today’s world is too complicated for anyone to get a good enough score. Even a character who knows all the rules of the system and attempts to accumulate points his whole life still cannot gain enough points because even his calculated actions have many more negative consequences than he intends.

But what actually makes a person good? Is there more to a person than the sum total or their good and bad actions? The Good Place’s system of points utilizes utilitarian morality, which basically states that the greater the net good that comes out of an action, the more morally good it is. If you are a utilitarian, you would consider it morally just to kill one person if it would save the lives of thousands of others because the positive of the action (saving thousands of lives) outweighs the negative (killing one person). If you use this system to judge the moral goodness of a person, you add up all of the good effects of their actions and subtract out the evil effects.

But in today’s world, our actions have many many, more negative consequences than we could ever know. From a utilitarian point of view, as the Good Place points out, it is impossible to be a good person in the modern world. But is utilitarianism the end all and be all of morality?

Utilitarianism relies on a few assumptions about our lives:

Additionally, there is also no room for death-bed conversions in utilitarianism. Even if you commit to being a heroically-virtuous person at the age of seventy, you will never be able to outweigh the evil you did as a younger person.

So, apparently, utilitarianism is not the whole story.

“The Good Place” plays with this idea eventually by creating a type of purgatory after death, where a person faces his underlying moral shortcomings again and again until he begins to overcome them. Instead of focusing on the effects of human actions, this system focuses on the intentions behind the actions. It displays a profound faith in humanity, one that claims that every human, if given the opportunity, will try and try and try again to become a better person.

Well, we can certainly try. And that, in the end, is what is most important.

Image by ejaugsburg from Pixabay 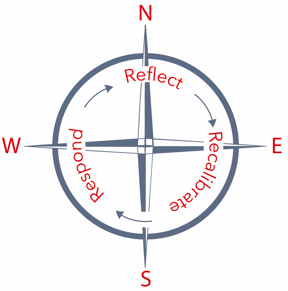